Violence towards women and domestic violence: a strengthened role for prosecutors 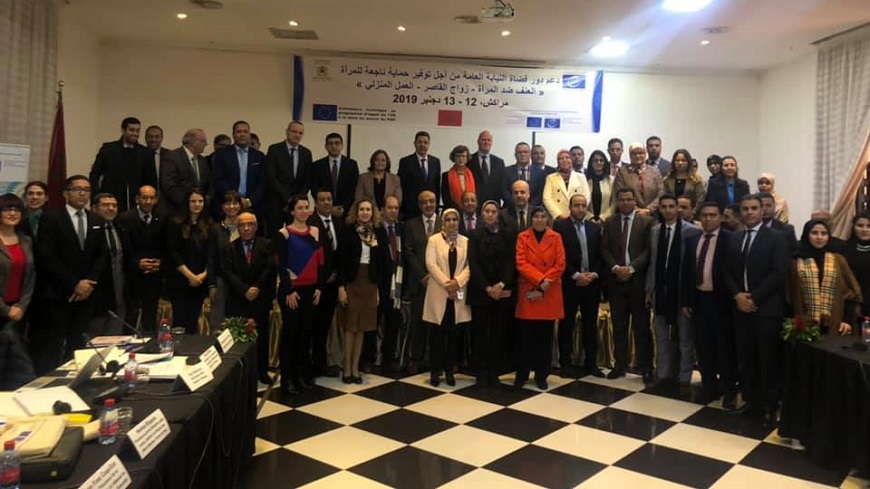 The Council of Europe and the Presidency of the Public Prosecution of Morocco organised on 12-13 December in Marrakech and on 16-17 December in Agadir, two activities aiming at strengthening the role of prosecutors in the fight against violence towards women and domestic violence. These activities allowed participants to deepen their approach to issues linked to this problematic at the level of the judicial chain, as well as their knowledge on national regulations, international standards and best practices applicable in this field. These activities also took place in the context of the implementation of Law 103-13 on the fight against violence towards women, of Law 13-2012 identifying the conditions for domestic labour, as well as of the efforts made by representatives of the Public Prosecution in combating child marriage. These initiatives organised in the wake of the 2019 Moroccan 16 Days of Activism Campaign to end violence against women (25 November – 10 December) also mark the joint commitment of the European Union and the Council of Europe to provide concrete support to the different institutional stakeholders, including the judiciary, in the fight against violence towards women.

Theoretical and practical working sessions involved leading experts from Morocco and the Council of Europe and drew upon applicable national regulations and international standards, such as the Council of Europe Convention on preventing and combating violence against women and domestic violence (Istanbul Convention) and other relevant international Conventions. These sessions allowed to clarify the different dimensions linked to prevention, protection and prosecution of perpetrators of violence, as well as to present relevant case law of the European Court of Human Rights, existing practices in some member States of the Council of Europe, and appropriate programmes and tools. In this light, a specific session was dedicated to the Council of Europe HELP Programme (Human rights education for legal professionals), which recently launched the Arabic version of its course on fighting violence towards women and domestic violence, which was contextualised for Morocco.

Similar capacity-building sessions for Moroccan prosecutors will be organised shortly in other cities of the country.

These activities benefit from the support of the joint programme “Ensuring sustainable democratic governance and human rights in the southern Mediterranean (South Programme III)” cofunded by the European Union and the Council of Europe, and implemented by the latter, from the Technical assistance to the European Union support programme for the implementation of the government’s Plan for Equality, as well as from Norway and Monaco in the framework of the Council of Europe Neighbourhood Partnership with the Kingdom of Morocco 2018-2021. 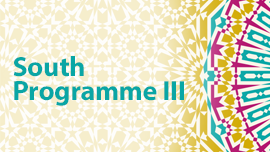