ROMACTED in the former Yugoslav Republic of Macedonia: progress at a glance 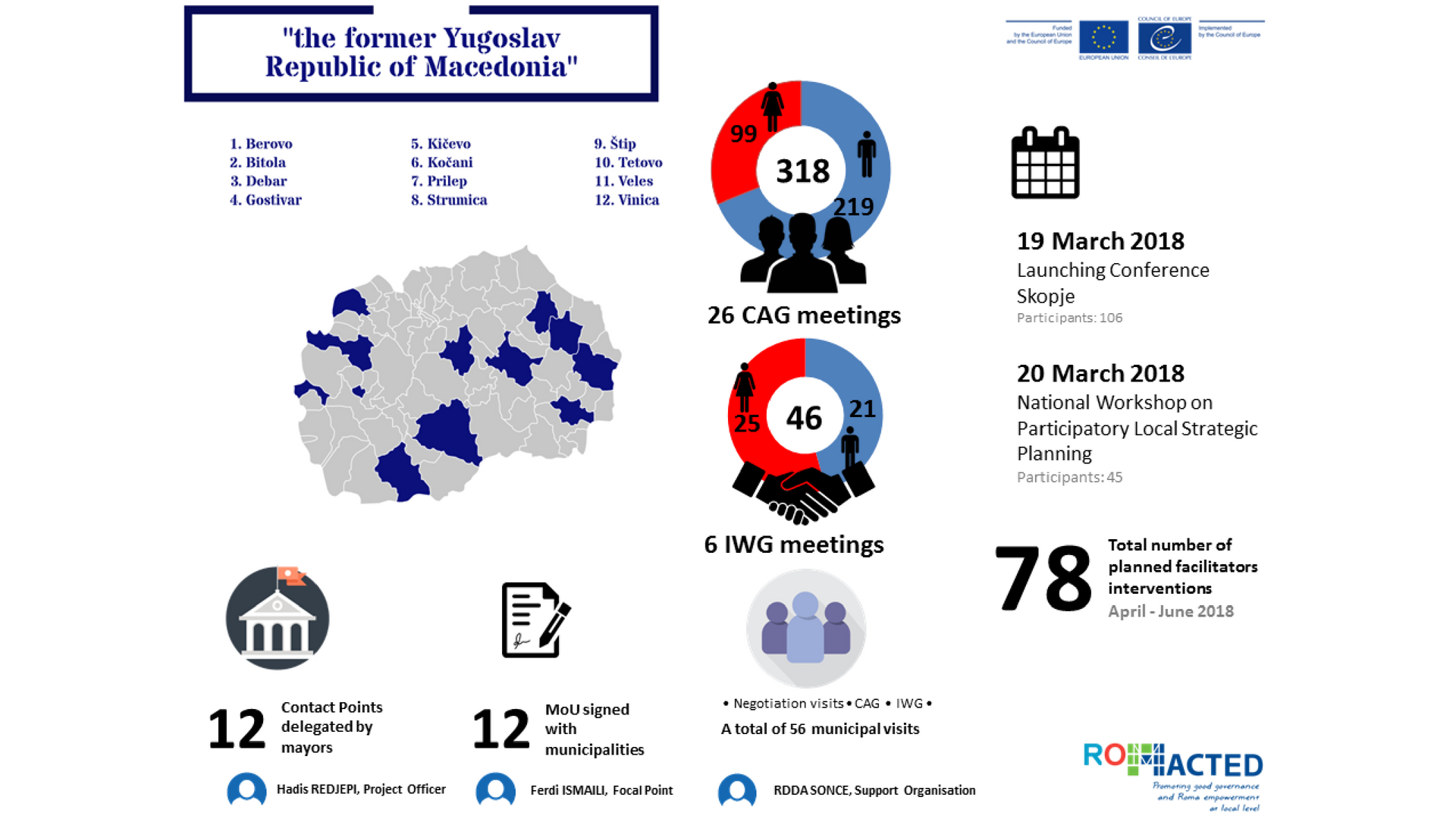 ROMACTED Support Team in "the former Yugoslav Republic of Macedonia" has undergone through number of intensive interventions in the first six months of 2018. The process was carried out both at the community and institutional levels in the eight municipalities, by Roma Democratic Development Association SONCE (Support organisation), as well as the pool of competent and experienced facilitators.

The programme was officially launched in Skopje on 19 March 2018. On this occassion, the representatives of the twelve participating municipalities expressed their commitment to support the implementation of the programme in the beneficiary. The Memorandum of Understanding was thus signed between the Ministry of Labour and Social Policy, municipal representatives and the Council of Europe.

The conference was followed by the workshop on the Participatory Local Strategic Planning, which gathered both community representatives and delegated contact points from the beneficiry municipalities.

The constant work and dedication produced the first progress at beneficiry level. During the first half of 2018, 26 Community Action Group (CAG) meetings were held with the participation of 99 women and 219 men, while 25 women and 21 men attended 6 Institutional Working Group (IWG) meetings addressing main priority issues for Roma. Summing up, the support team has had 56 municipal visits by the end of June 2018.

The implementation has been gradually moving to the next phase of needs assessment of both local authorities and Roma communities, which will continue to be reflected in the forthcoming work of the Support Team.

The mid-year progress in the seven ROMACTED beneficiaries was officially presented at the First Steering Committee, which took place on 12 June in Tirana.