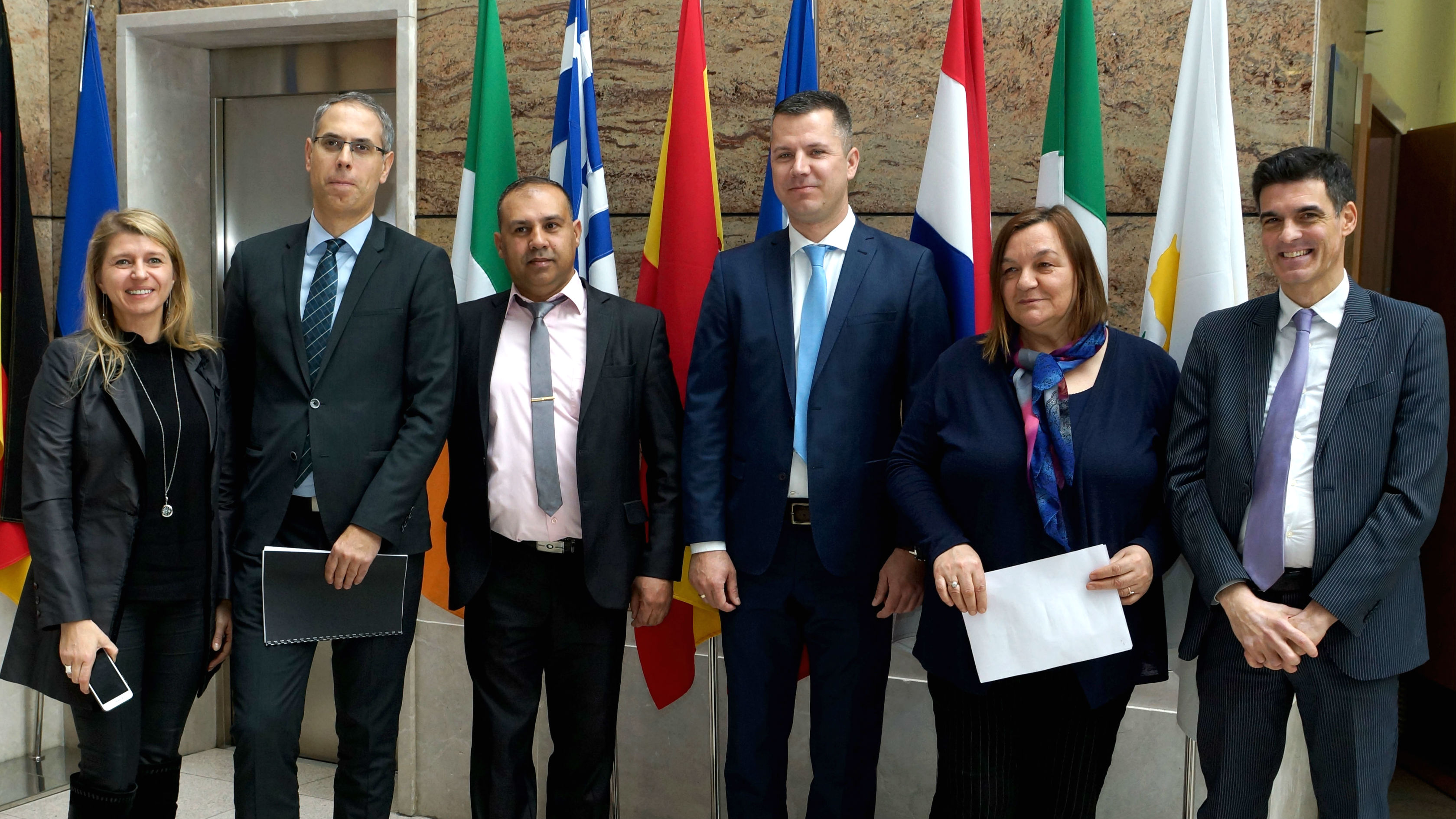 ROMACTED Programme, “Promoting Good Governance and Roma Empowerment at Local Level”, a joint initiative between the European Union (EU) and Council of Europe, was official launched in Bosnia and Herzegovina on 20 March 2018. The programme aims at building up political will and sustained policy engagement of local authorities to enhance democratic local governance and empowerment of local Roma communities. The launching conference gathered together representatives of local and national authorities, Roma representatives, local and international community.

In the welcoming speech, Ambassador Drahoslav Stefanek, said: “Council of Europe and municipalities will work towards strengthening and expanding political will and dedication of local authorities to enhance democratic local governance”. Ambassador Stefanek, also pointed out that by signing Memorandum of Cooperation, CoE and 10 selected municipalities will prove their dedication and commitment towards full inclusion of Roma in BiH society.

Mr Borislav Rakić, Mayor of Vukosavlje, expressed his gratitude to the Council of Europe and ROMACTED programme, underling that municipality of Vukosavlje, is municipality with the highest procentage of Roma population which makes them even more dedicated towards Roma inclusion.

Acting Head of the Social Development, Civil Society and Cross Border Co-operation Section at the Delegation of the EU to BiH, Mr Gianluca Vannini, stated that non-discrimination and integration of minorities belong to the core values on which the European Union.

“Respecting the rights of minorities and their integration into society represents one of the conditions for accession to the EU for every new member. European Union has to date allocated EUR 7.5 million for Roma inclusion projects in BiH. This project confirms the continuation of our assistance and support for establishing cooperation among all relevant parties related to Roma inclusion policies“, Vannini said.

Mr Orhan Usein, Roma Integration 2020 Team leader underlined: “The Roma Integration 2020 programme and the ROMACTED project have many synergies that complement each other in providing enhanced assistance to the Western Balkans and Turkey. In particular, we work directly with the governments at central level on better formulation, implementation, budgeting and monitoring of Roma Integration policies; while we strongly believe that any actions will have sustainable results only with the proper inclusion and cooperation of the local level, which we see through the ROMACTED programme”.

Ms Aurora Ailincai, Head of the Strategic Partnerships Unit within the Roma and Travellers Team of the Council of Europe acknowledged the efforts and commitments of the municipalities and highlighted that ROMACTED is a process which involves the entire BiH society rather than just a project.

The mayors and municipal representatives from 10 municipalities, Bijeljina, Brčko, Donji Vakuf, Gradiška, Kakanj, Prnjavor, Visoko, Vukosavlje, Tuzla and Travnik signed the Memorandum of Cooperation, once again confirming the commitment towards Roma inclusion. On behalf of the Council of Europe, the Memorandum was signed by Ambasador Drahoslav Stefanek, the Head of Office in the Council of Europe Office in Sarajevo. 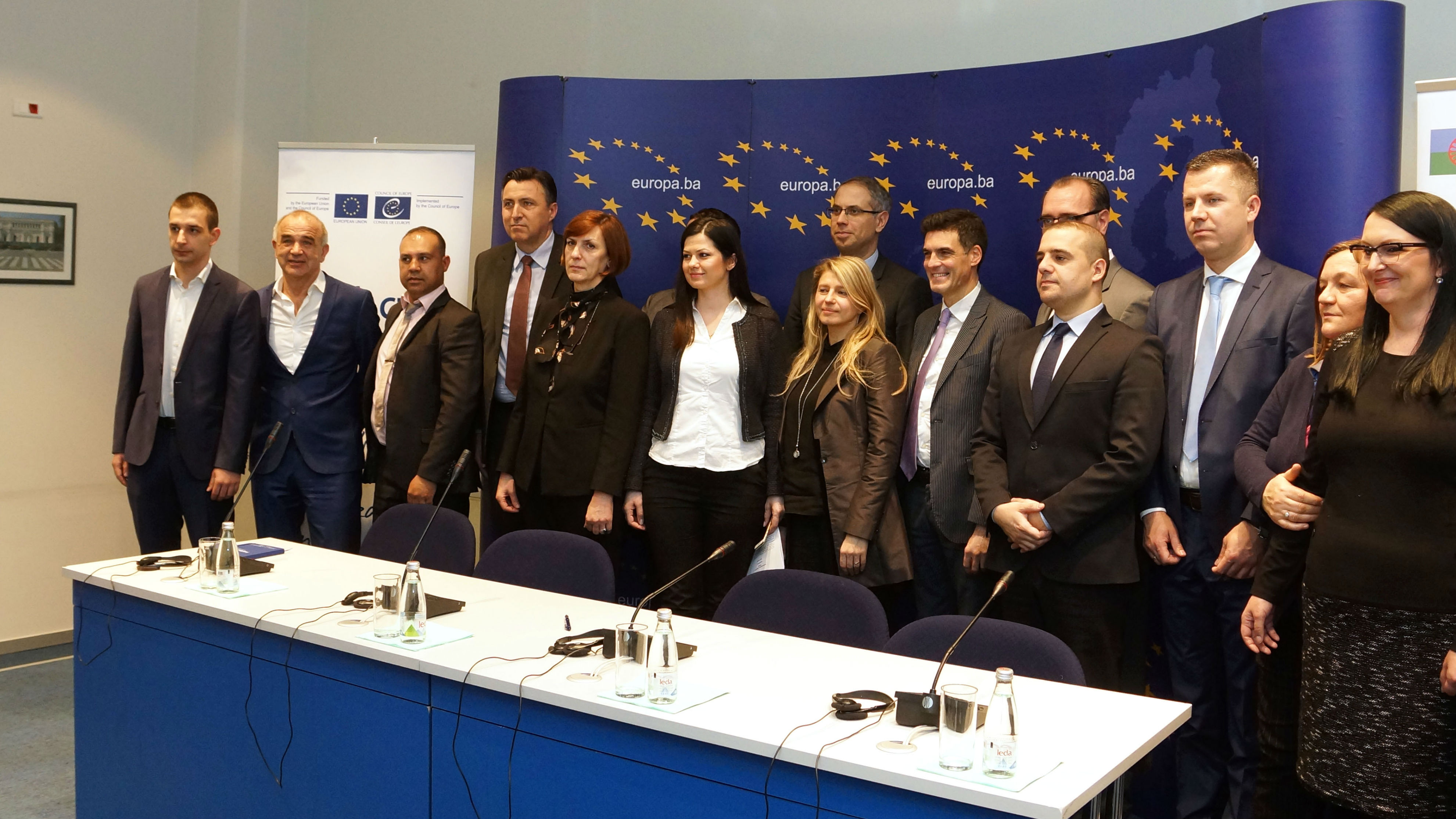 Group photo after the signing ceremony of the Memoranda of Cooperation between the 10 target municipalities and the Council of Europe. On the photo also present the representatives of the Council of Europe Roma and Travellers Team and Ministry of Human Rights and Refugees.

The Launching Conference was followed by the National workshop on Participatory Local Strategic Planning, organized on 21 March in Sarajevo targeting both the representatives of 10 targeted municipalities and Roma community. Main emphasis was given to ROMACTED methodological steps that will be implemented in the upcoming months, as well as to joint participatory planning.

The Programme will be implemented in the next 25 months and activities in Bosnia and Herzegovina will include expanding the institutional commitment, capacities, knowledge and skills in working for Roma inclusion, as well as Roma empowerment on the individual and community level.

ROMACTED Programme aims at building up political will and sustained policy engagement of local authorities to enhance democratic local governance and empowerment of local Roma communities. It is implemented by the Council of Europe’s Roma and Travellers Team and the Office of the Directorate General of Programmes and it will target approximately 50 municipalities in seven beneficiaries in Western Balkans and Turkey.