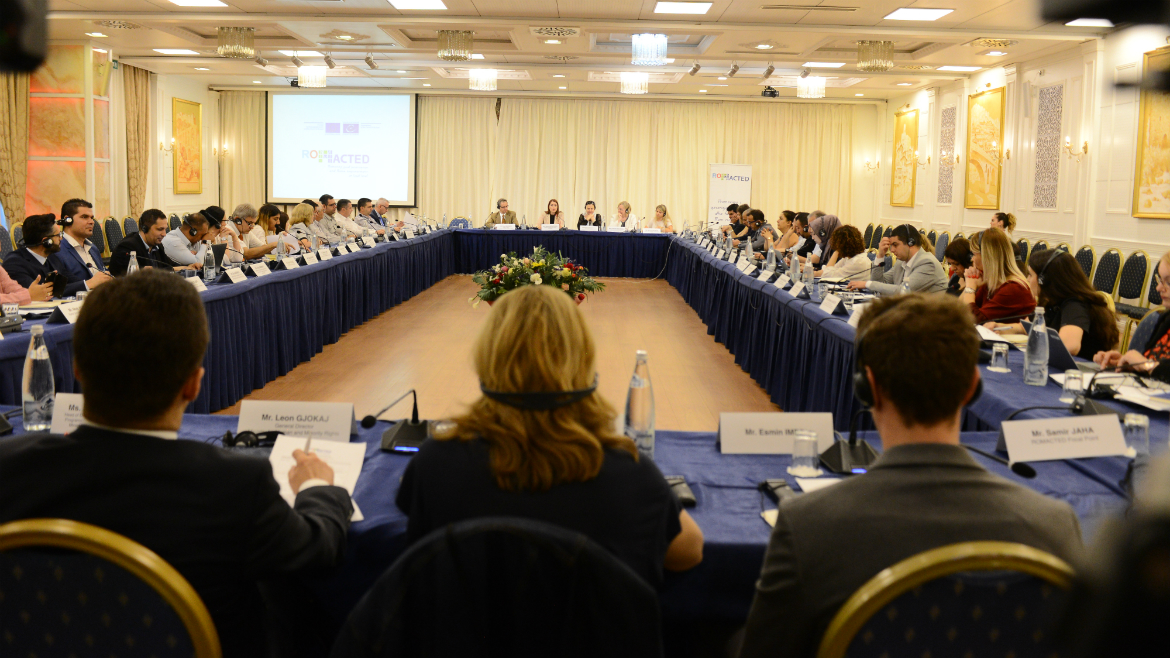 The first Steering Committee of the Joint European Union and Council of Europe ROMACTED Programme on “Promoting good governance and Roma empowerment at local level” was held in Tirana on 12 June 2018. The meeting gathered together representatives from the Directorate-General for Neighbourhood and Enlargement Negotiations (DG NEAR), the Council of Europe, the European Union Delegation to Albania, representatives from the Ministry of Health and Social Protection (Albania), mayors from the seven partner municipalities (Albania), representatives from international organisations, National Roma Contact Points and ROMACTED Teams from seven beneficiaries.

The co-chairs of the meeting, Ms Liselotte Isaksson on behalf of DG NEAR and Ms Aurora Ailincai on behalf of the Council of Europe, placed the project into the wider context of bringing about change in the life of Roma citizens through sustained processes at grassroots level. These processes are built to respond to the structural barriers that exist in the public institutions and affect principally Roma citizens. Influencing policy processes, legislative reforms and the even distribution of resources remain the main goals of ROMACTED. 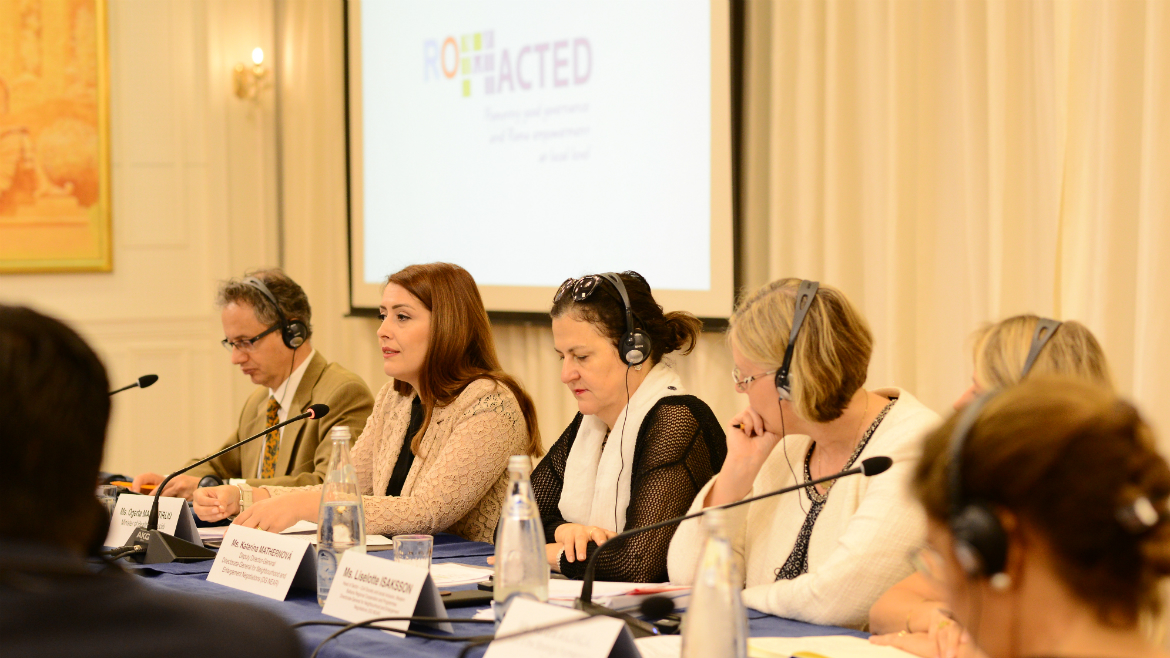 In her welcoming address, Ms Ogerta Manastirliu, Minister of Health and Social Protection, noted that “the government has undergone important legislative changes, with the adoption of the Law on the Protection of National Minorities and Law on Social Housing, having a direct effect on Roma and Egyptians and other marginalised communities in Albania in overcoming the encountered obstacles”. Ms Manastirliu also underlined cooperation with international organisations, highlighting the results achieved through different projects.

Ms Katarína Mathernová, Deputy Director-General of DG NEAR, stated that Roma integration goes hand-in-hand with the enlargement process, emphasizing how the ROMACTED Programme reflects the European Commission’s acknowledgement of the key role played by the local level in the Roma integration objective, where both local authorities and Roma citizens are essential. She highlighted that local authorities need to have fluid dialogue and cooperation with the central level, and involve the Roma community on an equal basis. Ms Mathernová also referred to ongoing IPA projects, such as the UNDP Roma Regional Survey, Roma Integration 2020 and the Joint Initiative to Empower Civil Society Organisations in the Western Balkans and Turkey.

For Mr Claus Neukirch, Head of the Council of Europe Office in Albania, “Western Balkan countries with their accession to the Council of Europe have accepted the obligations incumbent on all member States pertaining to democracy and the rule of law, as well as respect for human rights and fundamental freedoms and the Council of Europe is supporting them in bringing their legislation, institutions and practice further into line with European standards”. 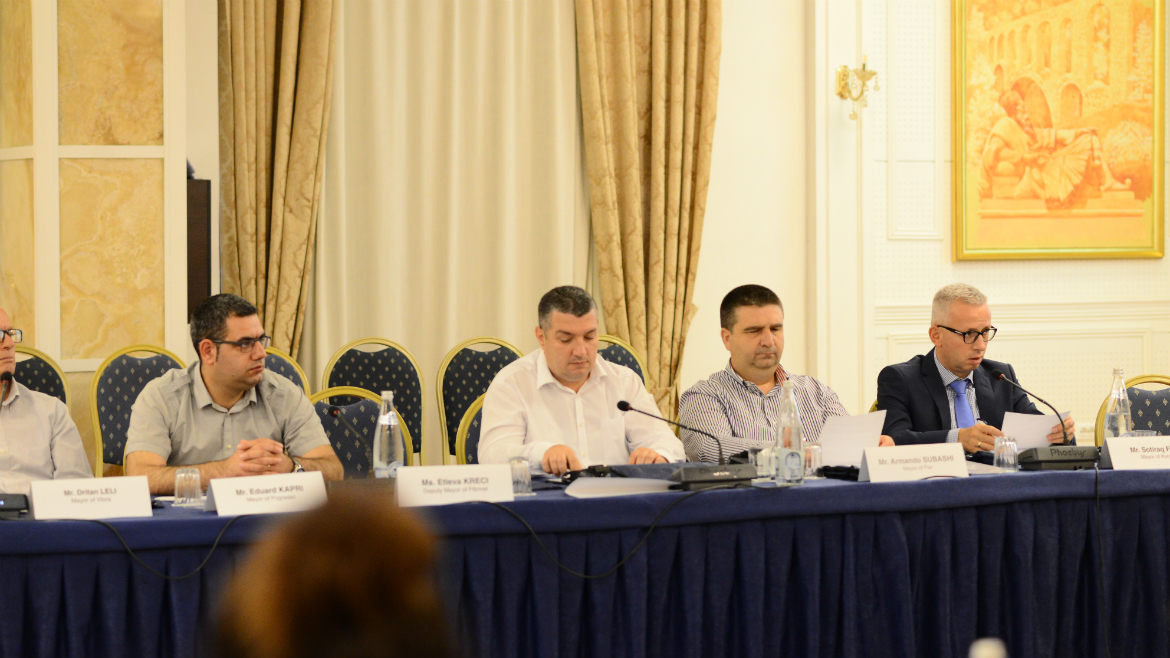 The first panel of the Steering Committee meeting focused on the state of affairs of ROMACTED implementation, including the approach used and progress made to date, together with interventions from representatives of local authorities. Mr Sotiraq Filo, Mayor of the Municipality of Korca, emphasized the institutional engagement of this local self-government unit in contributing to the design of the Local Action Plan for Roma Inclusion, seeking the adoption of the Plan by the Local Council and including the activities integrated in the Local Development Strategy and Plan, by allocating local resources in the annual municipality budget and the mid-term budgetary plan. Mr Armando Subashi, Mayor of the Municipality of Fier, ensured the support of the local staff responsible for social services into the ROMACTED process in order to increase the accountability of his municipality towards all citizens in an inclusive way, as well as the empowerment of Roma and Egyptians at individual and community level. In his presentation, Mr Erol Ademov, Senior Officer for relations with the communities, Municipality of Stip, “the former Yugoslav Republic of Macedonia”, referred to the progress achieved through the ROMED Programme and the level of impact on the ROMACTED Programme. He also underlined several recommendations drawn from the experience on the ground which would be beneficial during the incoming phase of the programme. 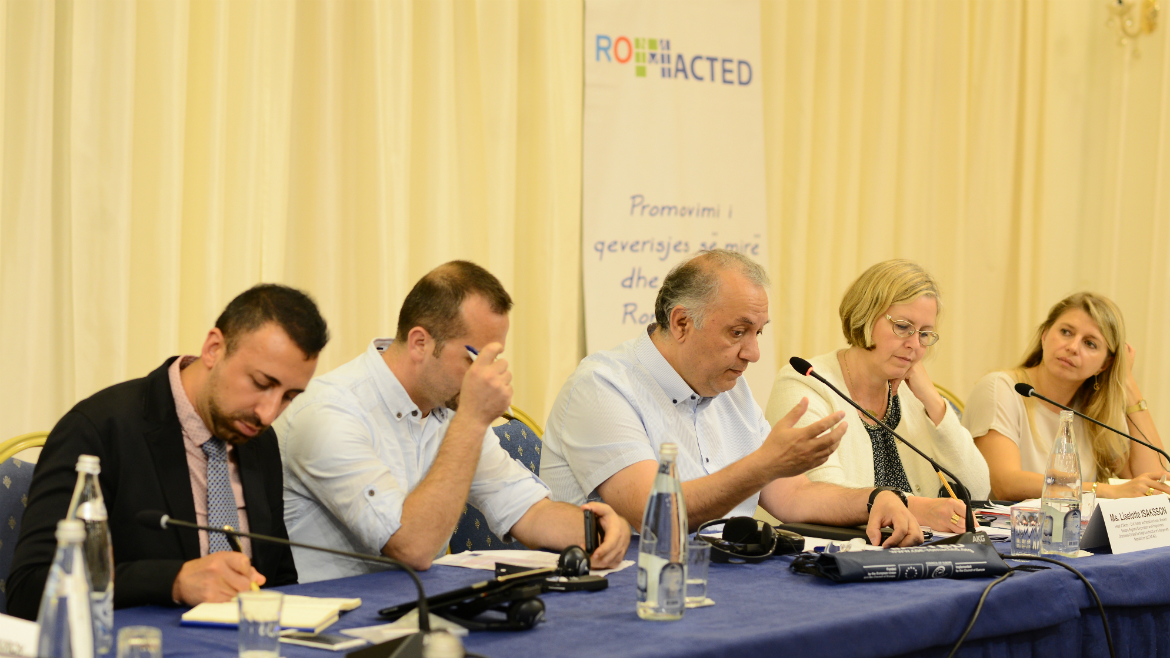 The second panel was dedicated to regional cooperation and coordination with other programmes and projects. In this regard, Mr Orhan Usein presented the action of the Roma Integration 2020 project, underlining potential synergies with the ROMACTED Programme. Mr Nadir Redzepi shared insights on the new EU Regional Action for Roma Education: Increased Education Opportunities for Roma Students and Roma Youth in the Western Balkans and Turkey. Mr Adriatik Hasantari addressed the current progress of the regional project “Joint initiative to empower Roma civil society in the Western Balkans and Turkey”.

Following the Steering Committee meeting, representatives from DG NEAR and the Council of Europe paid a visit to Elbasan and held meetings with the Mayor, Mr Qazim Sejdini, Balashe Social Center, managed by the municipality, and the Roma community in the neighbourhood of Rrapishta.

ROMACTED activities at regional level focus on assisting the participating local authorities to integrate Roma into the mainstream local policies, budgets and public service delivery on their agenda, whilst enhancing the participation of Roma citizens in education, health, the labour market, housing, etc. As a result of the implementation of the programme, it is expected that the participating municipalities will continue serving the needs of the Roma population such as sustainable local action plans and one-stop-shops that facilitate the access of Roma to public services.

The Joint EU/CoE Programme is implemented by the Council of Europe’s Roma and Travellers Team and the Office of the Directorate General of Programmes in seven beneficiaries of Western Balkans and Turkey. It is aimed at building up political will and sustained policy engagement of local authorities to enhance democratic local governance and stimulating the empowerment of local Roma communities to contribute to the design, implementation and monitoring of plans and projects concerning them.