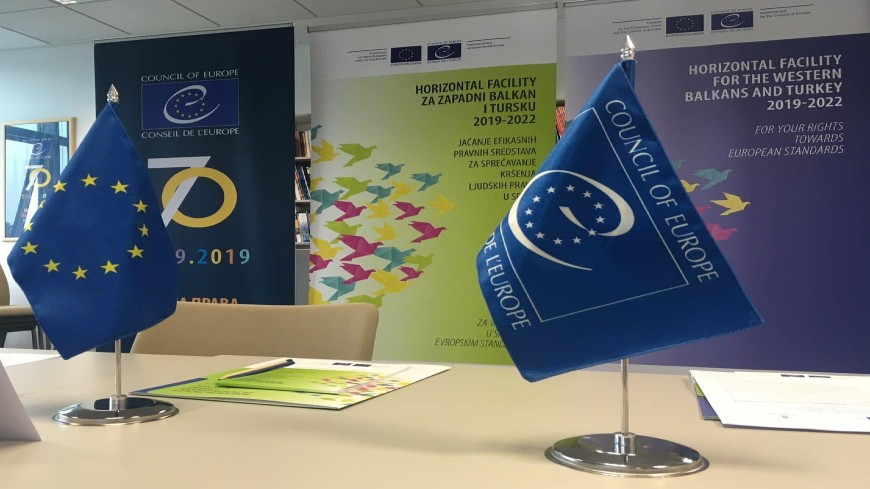 The very first Training of Trainers on HELP (Human Rights Education for Legal Professionals) methodology (with focus on HELP course on Admissibility criteria in applications submitted to the European Court of Human Rights) for legal professionals in civil society organisations in Serbia, took place online from 24 to 26 June 2020.

In his introductory remarks Zarko Stepanovic, Director of the Office for Co-operation with civil society of Government of Serbia thanked Council of Europe for the excellent co-operation established during the Training of Trainers (ToT) and expressed his satisfaction with its continuation within various Horizontal Facility actions.

Eva Pastrana, Head of HELP Unit underlined that during the COVID-19 crisis number of participants enrolled in the HELP courses has significantly increased, as well as demand for national adaptations of the courses by national training institutions. For months, HELP platform was the rare tool which enabled human rights training for judiciary to continue.

Tobias Flessenkemper, Head of Council of Europe Office in Belgrade, reminded participants of the 70th anniversary of the European Convention of Human Rights. The convention system, instituted in a dire and difficult moment for Europe, after the Second World War, remains immensely important during yet another unprecedented crisis which reshaped public, professional and personal space and would continue to have a profound impact on the lives of people and European continent in the future.

Tatiana Termacic, Head of Co-ordination and International Co-operation Division Civil pointed to the crucial role that civil society organisations play in the implementation of the European Convention on Human Rights at the national level, before the European Court of Human Rights, and then, after, in the execution process, before the Committee of Ministers. She added that CSOs contribute to the protection and promotion of human rights, but they can themselves be victims of human rights violations. This is why the Council of Europe has put in place mechanisms to protect CSOs, and more particularly human rights defenders.

The aim of the Training of Trainers was two-fold - to introduce legal professionals to HELP methodology and expand scope of HELP online courses to informal human rights education programs conducted by CSOs, and to increase capacity of civil society organisations in strategic litigation before national courts and European Court of Human Rights (ECtHR).

In an intensive three-day course, participants were introduced to HELP methodology, role of HELP tutors and HELP e-learning tools. Presentations by two ECtHR lawyers were complemented by dynamic discussions which enabled participants to learn more on admissibility criteria in applications submitted to the ECtHR, most notably incompatibility, non-exhaustion of domestic remedies six-month rule and manifestly-ill founded applications.

The Training of Trainers was organised within the Action “Strengthening the effective legal remedies to human rights violations in Serbia” and “HELP in the Western Balkans”, implemented under the joint European Union and Council of Europe programme “Horizontal Facility for the Western Balkans and Turkey 2019-2020”.

Theme IV - Freedom of expression and freedom of the media