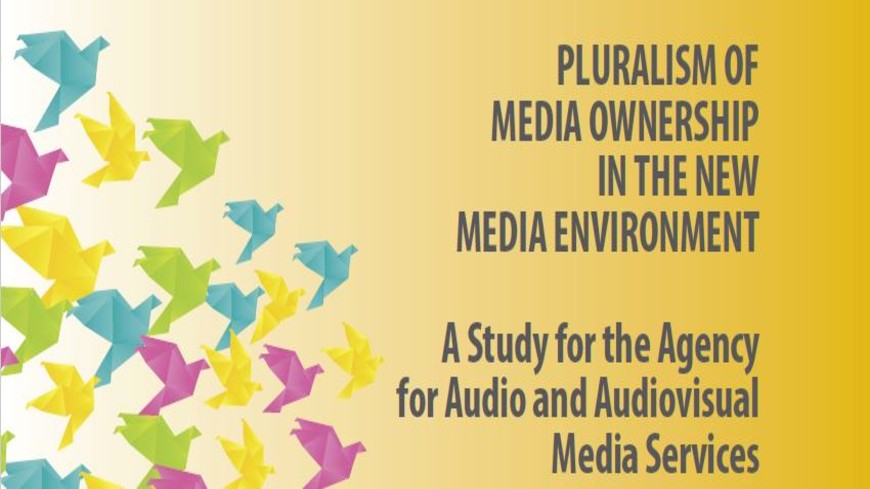 Concentration of media ownership has been one of the main regulatory issues since the liberalisation of media markets in all European countries. Today, these issues are gaining new relevance in the context of digital technologies, convergence, proliferation of new online media and fragmentation of the market and the audience. Through supporting activities, the joint actions of the European Union and the Council of Europe on freedom of expression and freedom of the media (JUFREX), tend to provide alignment in this segment with the European standards.

In that view, taking into consideration the fact that existing rules are outdated, the European Union and the Council of Europe, in partnership with the Agency on Audio and Audiovisual Media Services of Republic of North Macedonia, prepared a Study: Pluralism of media ownership in the new media envionrment. The objective of the study is to make assessment of the current legal provisions on ownership concentration in the audiovisual sector and to recommend future policy steps which may result in preparation of amendments to the Law on Media and, mainly, the Law on Audio and Audiovisual Media Services.

The study was prepared within the action on “Freedom of expression and freedom of the media in North Macedonia (JUFREX 2)” and it was translated into Macedonian and made available to all interested parties. This action is a part of the joint European Union/Council of Europe programme “Horizontal Facility for the Western Balkans and Turkey II”, that enables the Beneficiaries to meet their reform agendas in the fields of human rights, rule of law and democracy and to comply with the European standards, including where relevant within the framework of the EU enlargement process.