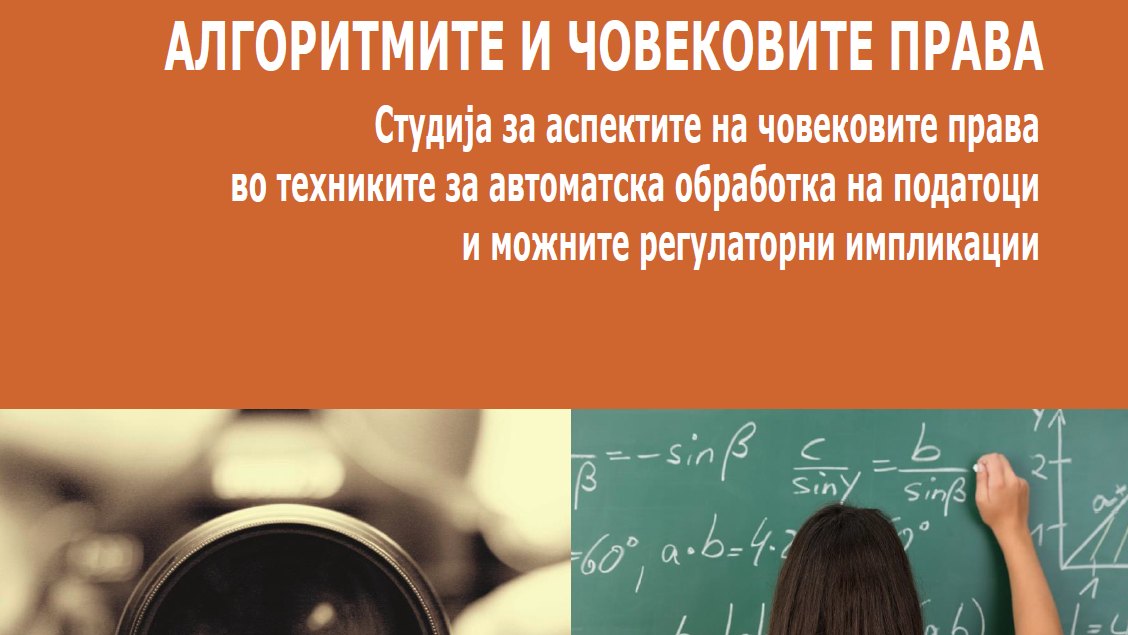 In the evolving technological world automated data processing techniques, such as algorithms, do not only enable users to seek and access information, they are also increasingly used in decision-making processes, that were previously entirely in the remit of human beings. But how should we safeguard human rights and human dignity in the face of rapidly changing technologies? The right to life, the right to fair trial and the presumption of innocence, the right to privacy and freedom of expression, the right to free elections and even the rule of law itself are all areas that can be impacted. Thus, currently one of the most hotly debated questions is how to respond to challenges associated with ‘algorithms’ used by the public and private sector?

In order to support one of the beneficiaries of the action on Freedom of expression and freedom of the media in North Macedonia (JUFREX) - the Agency for Audio and Audiovisual Media Services (AAAVMS) of North Macedonia in addressing these challenges, the Council of Europe study “Algorithms and human rights” was translated in Macedonian language and is now made available online.

This study identifies a number of human rights concerns triggered by the increasing role of algorithms in decision-making and the various impact on the exercise of human rights. The study provides an overview of when human rights are infringed based on algorithmically-prepared decisions and what effects it has on the way in which human rights are exercised and guaranteed in accordance with well-established human rights standards, including rule of law principles and judiciary processes. This Publication seeks to map out some of the main current concerns from the Council of Europe’s human rights perspective and looks at possible regulatory options that member states may consider minimising adverse effects, promote good practices and align with European standards.

The Action on Freedom of expression and freedom of the media in North Macedonia JUFREX is part of the joint European Union/Council of Europe programme “Horizontal Facility for the Western Balkans and Turkey II”, implemented by the Council of Europe. This co-operation initiative enables the Beneficiaries to meet their reform agendas in the fields of human rights, rule of law and democracy and to comply with the European standards, including where relevant within the framework of the EU enlargement process.

Study “Algorithms and human rights” (in Macedonian & in English)