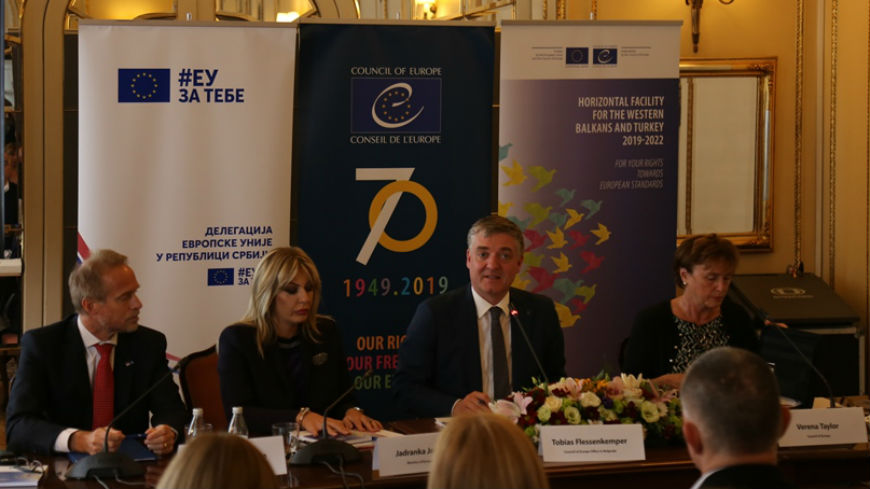 The EU and the Council of Europe will keep assisting the institutions of Serbia and related actors in carrying forward important reforms in the field of justice, combatting discrimination and freedom of expression and of the media, through the EU/Council of Europe joint programme “Horizontal Facility for the Western Balkans and Turkey 2019-2022”.

The Conference “Introducing the Horizontal Facility Programme 2019-2020”, gathered in Belgrade important actors and representatives from beneficiary institutions, governmental bodies, civil society organisations, media and international community, to present the key actions to be implemented in Serbia during the forthcoming three years.

In her opening remarks Jadranka Joksimović, Minister of European Integration of Serbia, stressed that the Government of the Republic of Serbia remains dedicated to the reform process on its European path, and that the key to successful and sustainable reforms is in the rule of law, respect for human rights and good governance. “The Government of the Republic of Serbia works with dedication, firmly resolved to establish necessary legal framework and insure implementation, as the interest of the citizens lies in the heart of the democratic, sustainable and efficient state”, concluded Minister Joksimovic.

Head of Co-operation at the Delegation of the European Union to Serbia Yngve Engstroem emphasized the importance of further implementation of the programme for citizens. “As we have learnt in the previous phase, these reforms are important not only because they respond to key recommendations of the CoE and to the measures under the Action Plans for the Chapters 23 and 24, but because they bring about fundamental change for citizens in Serbia and the Western Balkans region. The biggest lesson learned in the previous phase was the need for an in-depth involvement of the national and local authorities and interested stakeholders in the implementation of the projects, as well as good co-operation with civil society, media, schools, centres for social welfare and health institutions”, said Mr Engstroem.

In her introductory remarks Verena Taylor, Director of the Office of Council of Europe Directorate General of Programmes, underlined that the Council of Europe supports Serbia, like other member States, in implementing a domestic reform agenda in line with European standards and in respecting international obligations with regard to these standards. “This also contributes to the objectives of the EU accession process and the European Union is an important partner for our co-operation,” she said.

During the first phase of the Horizontal Facility programme, which ran from 2016 to May 2019, important results were achieved in Serbia - the programme has helped prisoners’ re-integration into society after their release and on improving prison psychiatric system. Some 400 patients in Vrsac psychiatric Hospital are now benefiting from individual treatment programmes. There are numerous achievements in other areas, as well.

Representation of national minorities in textbooks for primary and secondary schools has been improved. 19 pilot schools, 2150 students and 250 teachers worked on making their school environment more democratic. Under this programme, Serbian authorities also requested opinions of the Venice Commission on the constitutional amendments related to the judiciary and the discussion on these amendments was facilitated through the programme. 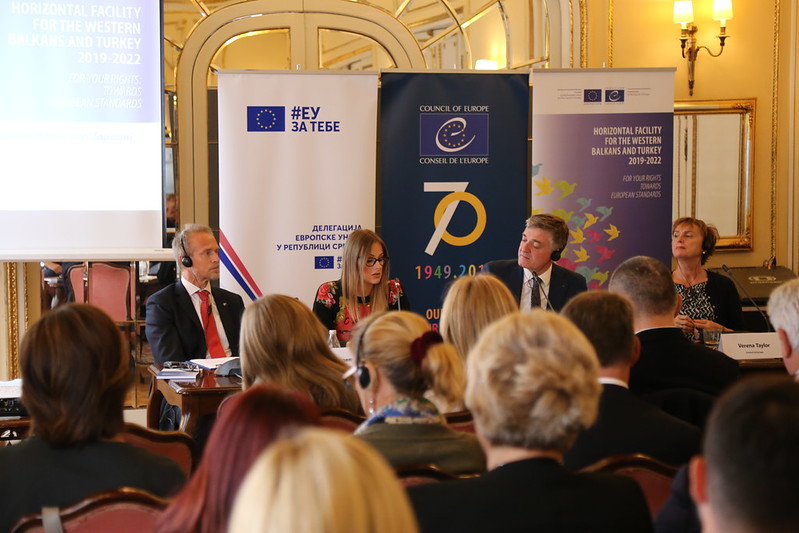 The second phase of this programme to be conducted between 2019 and 2022 and worth 41 million Euro, builds on the results of the first phase and will continue to develop important initiatives in Serbia and in all the Western Balkans beneficiaries including Albania, Bosnia and Herzegovina, Kosovo*, Montenegro, North Macedonia, as well as Turkey.

*This designation is without prejudice to positions on status and is in line with UNSCR 1244 and the ICJ Opinion on the Kosovo Declaration of Independence.