CALL FOR PROPOSALS: Support to local self-governments and/or CSOs for fighting discrimination - “Promotion of diversity and equality in Albania“ 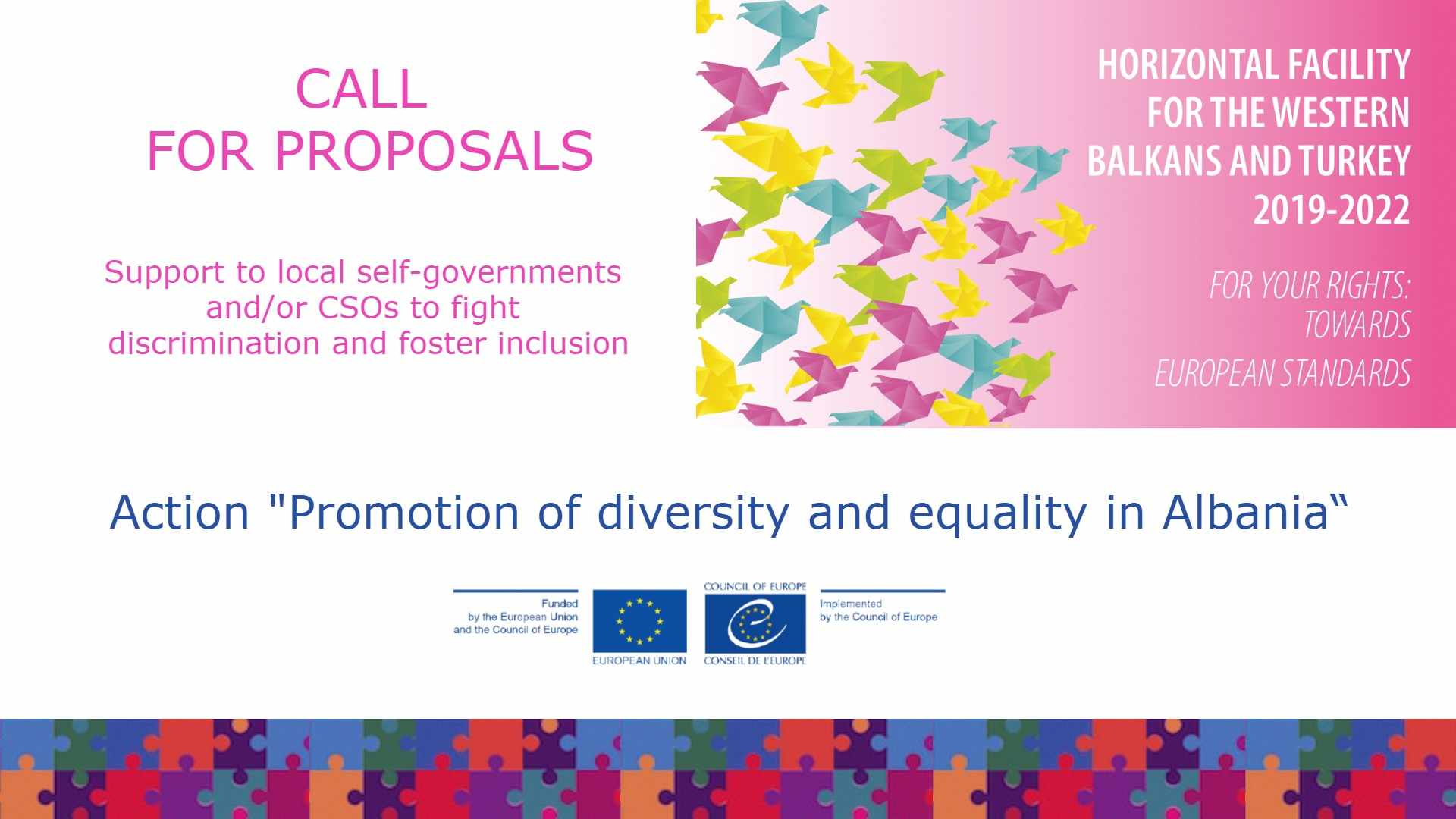 Under the framework of the European Union/Council of Europe joint programme “Horizontal Facility for the Western Balkans and Turkey 2019-2022”, and its action on “Promotion of diversity and equality in Albania”, the Council of Europe is launching a call for proposals with the aim to improve the functioning of anti-discrimination mechanisms and their accessibility to vulnerable groups in line with European standards, especially with recommendations from CoE monitoring bodies, notably those from the European Commission against Racism and Intolerance (ECRI), Framework Convention for the Protection of National Minorities (FCNM) and/or European Charter for Regional or Minority languages (ECRML).

The deadline for the submission of application is (extended) 13 September 2020 (at 17:00 CET).
Applications should be sent to the following e-mail address: tenders.antidiscrimination@coe.int

For more information on how to apply and relevant documents for the tendering process, please refer to the following documents: