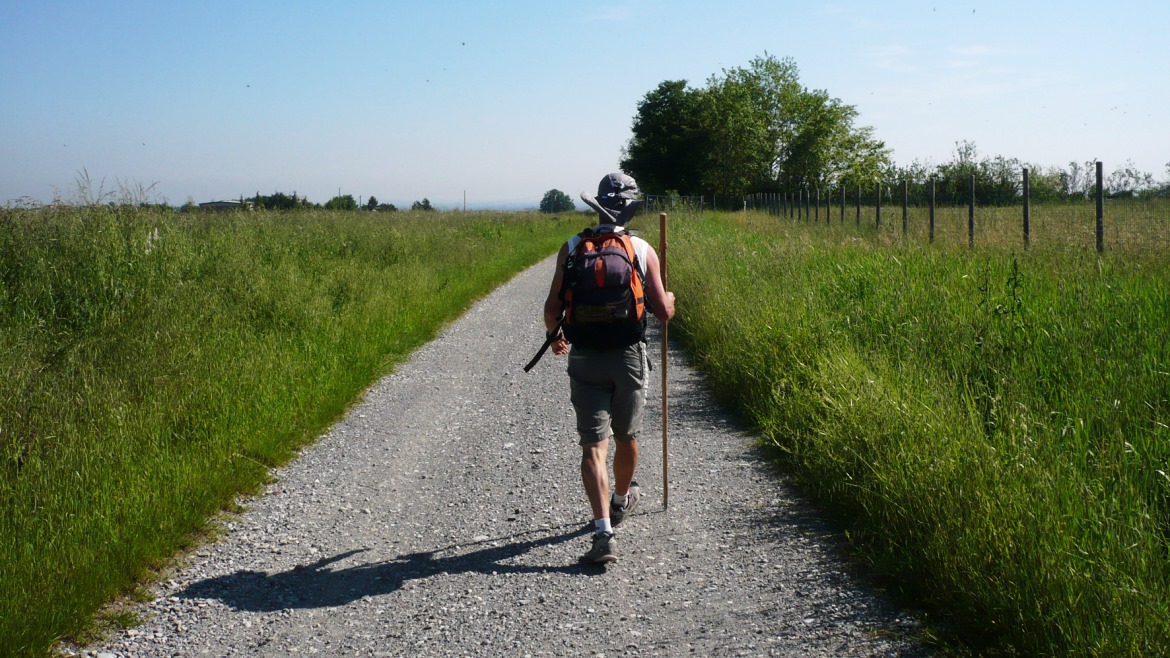 Via Francigena developed promotion of the route and boosted its brand in the Alpine macro-region, thanks to its Routes4U grant, which helped promote transnational cultural cooperation networks, shared cultural heritage and strengthened sustainable cultural tourism and regional development.

The results were particularly positive in Bourgogne-Franche-Comté (France); Vaud and Valais Cantons (Switzerland); Val d’Aosta, Piedmont, Lombardy and Liguria (Italy), thanks to the involvement of all stakeholders that worked for the enhancement of the Via Francigena.

Visibility of the Cultural Routes of the Council of Europe in the Alpine macro-region was improved through the installation of the official signposting of the Via Francigena. It implemented design, printing and positioning of four information panels in strategic places on the Via Francigena.

Interested local municipalities and all the relevant local stakeholders, such as info-points, tourist offices and others participated. Panels were created that not only present the territory and the Via Francigena path, but also show the connection with the Alpine macro-region and useful information about local services and cultural and historic highlights.

Implementation of concrete measures to strengthen the economic environment within the Alpine macro-region in connection with the Via Francigena were also carried out. The project’s activities have seen the reinforcement of the distribution of the official EAVF Pilgrim’s passport, which is the pilgrim’s fundamental document. More than 3,000 passports were printed, allowing holders to obtain specific discounts and offers, such as accommodation and restaurants, as well as museums and other services.

Additionally, this will facilitate the collection of useful data on tourists, pilgrims and trekkers, allowing for the creation of a database of hotels, restaurants and services along the Alpine macro-region section of the Via Francigena, which is essential to better promote regional tourism.